The Dolphins had another excellent year following on from 2018/19 when we finished runners up in the league and won the cup.  When this season ended, the girls were on track to repeat this lying second in the league and with a cup semi final pending.  With a small squad of 15 players the commitment this season was outstanding.   Playing against some very physical sides, the girls put in some excellent performances never giving up and on several occasions scoring late in the game to salvage a point or to secure victory.  The team spirit the girls demonstrated was probably the highlight of the year for the coaches.
Our defence this season was strong as ever with Madeleine James in goal and Rebecca Murphy, Suki Smith and Olivia Mortimer across the back always proving difficult to score against.  Our midfield was probably the area of most improvement with some outstanding performances against some much bigger girls – some of the tackling and energy levels the girls demonstrated were outstanding.  Winnie Coombes,  Kirsty Webster, Molly Pitts and Lily Wylie battled every week never giving up with Abi Dobson and Lauren Hilditch proving to be a real thorn in the side for all our opponents.  Upfront Emily Adshead, Izzie Holden and Charlie Oates provided a real threat showing great skill but also a willingness to be the first line of defence when were out of possession.
Lucie Ling and Katheryn Martins joined us this season.  They have both improved every week and have been real assets to our small squad.
Congratulations to both Olivia Mortimer and Abi Dobson who were selected to represent Berkshire Schools this season, with Abi also going on to National trials. 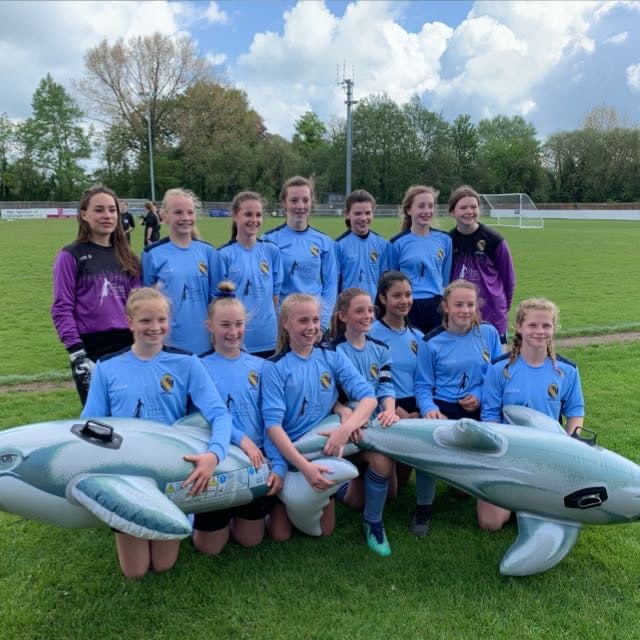